It’s easier than ever to find inspiration nowadays, with the internet and television pouring out endless examples of other people’s endeavors. When it comes to improving your home, raised panel wainscoting  can serve as a source of inspiration. Here are some ideas on where to glean wainscoting inspiration.

Start with Wainscot Solutions, of course.

The last couple of centuries have seen countless innovations in both interior design and architecture, as well as the guarded preservation of earlier elements. One such example is raised panel wainscoting which is popular in both traditional and contemporary homes.

Wainscoting has undeniably come a long way from its practical inception and nowadays acts as an aesthetic reference to a glorified past. Finding inspiration for wainscoting in your home can be difficult, so here are some tips from Wainscot Solutions on where to glean the best ideas.

As raised panel wainscoting originally came from England, some of the best examples of it remain in that far away place. Recent years have seen a lot of interest in England’s history, resulting in a range of period-piece dramas that tell historical and fictional stories in context.

An 1813 novel of manners written by Jane Austen, Pride and Prejudice is still highly regarded today as an important commentary. The movie adaption in 2005 not only gave faces to the characters but also shone a light on the buildings where it took place, enriching the context.

There are several buildings featured in the film that depict fine examples of wainscoting, including:

– Groombridge Place, which acted as ‘Longbourn”, the Bennet family home

Set not so long ago in the early 20th century, you might assume that the Abbey is sparse for wainscoting inspiration, but you’d be gladly mistaken. Following the lives of the aristocratic Crawley family, this show exposes viewers to some of the best architecture and interior design England has to offer.

Much of the filming took place in Highclere Castle in Hampshire, a Stately Home that boasts arches, decorated ceilings, and, you guessed it, wainscoting.

British period pieces aren’t the only shows featuring wainscoting, though. Recent years have seen an influx in renovation TV shows chock-full of valuable advice. These shows typically follow a formula of taking a house and renovating it to the owner’s or host’s desires and will usually follow a theme.

Not only did this show quickly gain popularity after its 2013 debut, but it has also been credited with driving the popularity of “Farmhouse-chic” over the late 2010s. Chip and Joanna Gaines’ masterful use of architectural features such as shiplap, barn doors, and wainscoting have reinvigorated countless homes.

Real estate group Zillow has noted that homes with these features mentioned on the show have sold for up to 30 percent above the expected value.

Fixer Upper is just one of many renovation shows, many of which also feature similar architectural elements such as raised panel wainscoting. The right show will fall on your personal preference, although those that feature traditional styles are more likely to show things like wainscoting.

If TV shows aren’t your cup of tea, there are still plenty of places to find quality wainscoting inspiration and ideas. The internet has found a funny space in between the library and the television, allowing us to inform and entertain ourselves endlessly. Countless websites are good for finding visual inspiration, but only a couple of them stand out.

Combining the words ‘pin’ and ‘interest’, you quickly get the gist of what Pinterest is doing with its website. A huge world of photos and short videos fill their pages, with the easy option to Pin desired pictures and links to boards. To truly take advantage of Pinterest, you should make an account and set up boards to collate any designs or styles you prefer. As you use Pinterest, it will learn what you like and start to find similar content to show you.

A more social way of sharing photos and videos, Instagram is a valuable source of inspiration if you know who to follow. Find your favorite interior designers on this platform, and you’ll get an insight into their daily lives as well as their work. Joanna Gaines is a great example of someone to follow on Instagram, as she shares plenty of photos of her work mixed in with her personal life.

Once you’ve found the kind of wainscoting that you like, you’ll need to find a reputable supplier. Here at Wainscot Solutions, we’ve been custom-building wainscoting for our clients for years and have helped countless people express themselves through their abode.

To learn more about our services, the types of wainscoting we provide, or our prices, contact us today! 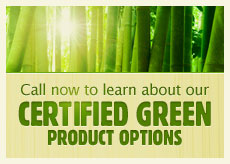